Used by the military forces of Serendip Belt, the Freemantle is designed as a light military warship capable of projecting the authority of Serendip beyond its own borders. It isn't designed to go toe-to-toe with the large planetoid warships of Neubayern, but is a relatively cheap ship that can act as an escort vessel for civilian fleets, or take on most pirate threats. 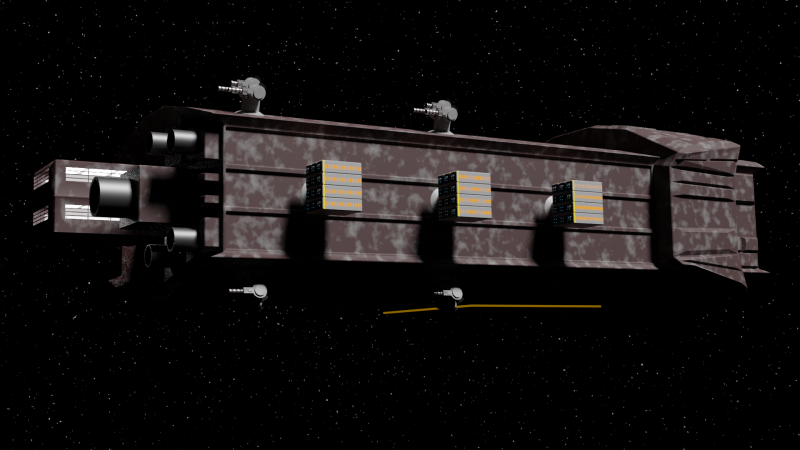 It is a 1,600t hull, capable of J-3 which allows it to move around the Islands quickly without need to stick to the usual J-2 trade routes. It's primary weapon is a medium-bay mounted particle beam, but is also equipped with lasers and missiles.

It carries a small contingent of marines, as well as two assault shuttles, for boarding other craft.